Among other things, South Korea is widely recognized for its advanced state of technology. But if you’re planning to visit at some point in your life, it would be a shame not to sample its amazing cuisine.
With this in mind, we’ve prepared a list of the most mouth-watering dishes you will come across:


Back in the reign of the Silla Dynasty, kimchi was the spicy dish you were likely to encounter around every corner. This 2000-year-old classic is prepared by mixing salted and fermented cabbage with garlic, ginger, pepper, and scallion.
One variation of it includes swapping out the regular red cabbage for chopped radish. You could also decide to dial down on the spiciness as it can be too much for some people – be sure to let the waiter know.

Both soy sauce and crabs are very much Asian, and having this delicious seafood marinated in it gets you a taste of what it’s like to dine in South Korea. As is the standard around this part of the world, you can expect your meal to arrive with rice toppings.

READ: Get on a Ride on the Seoul – Daegu High-Speed Train Route

What you may not expect is the crab tasting bitter and cold. But that’s how it’s supposed to be – you’ll get used to it over time.


It’s impossible to get the classic South Korean dining experience without trying their traditional stir-fried noodles at least once. Inside, you’ll find a mix of beef, shredded vegetables, stir-fried sweet potato, and a bit of sugar and soy sauce. It’s up to your preferences (and the chef) to determine the perfect mix. Some establishments may also choose to serve it with additional ingredients such as mushrooms.
Ads 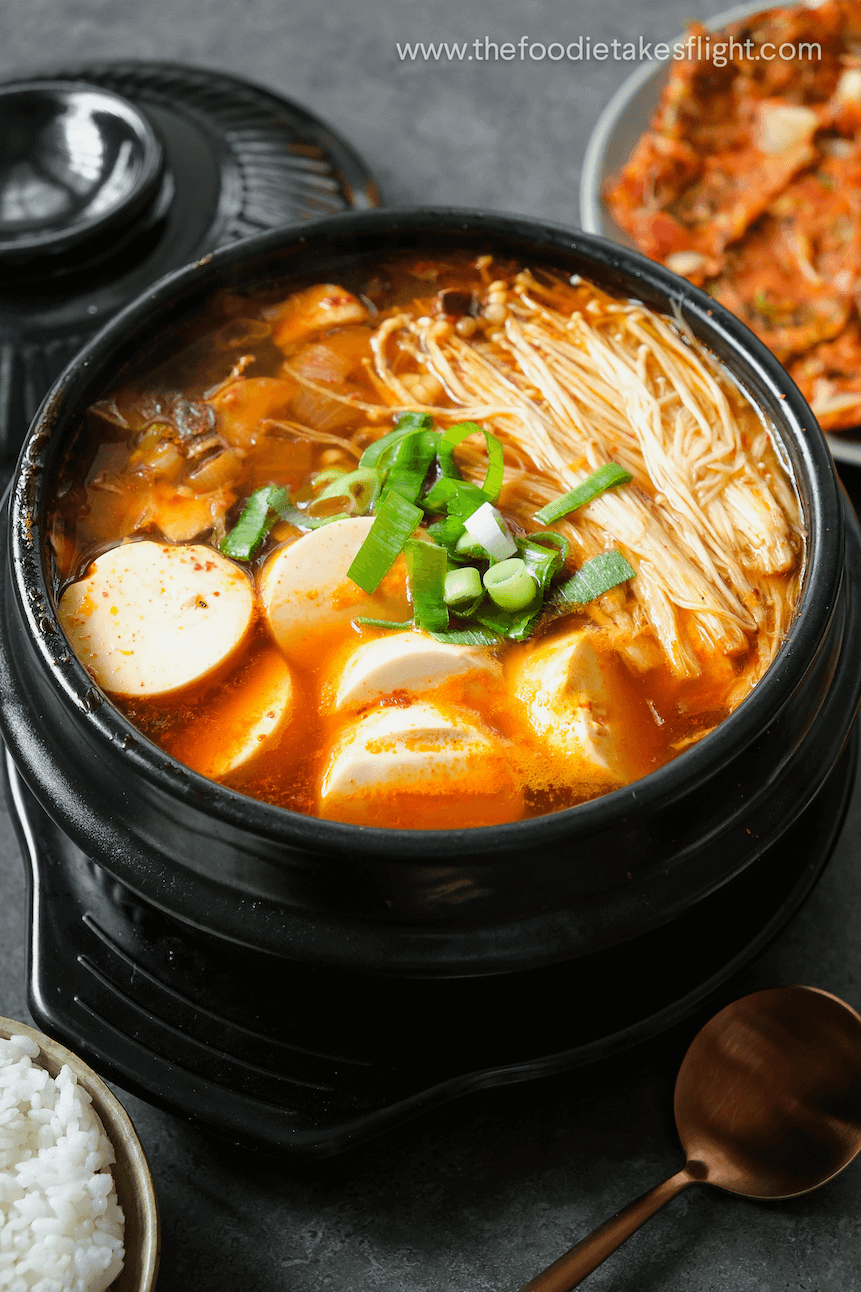 Typically served in a large stone bowl, this traditional meal comes with seafood, mushrooms, pork or beef, and some vegetables. But don’t think you need to stick to the tradition – feel free to substitute ingredients or add your own. If you want to go the traditional route, make sure not to leave out the raw egg that is placed on top of the stew.

A bowl of mixed rice is as South Korean as it gets. Think soy sauce, beef, vegetables, mushrooms, fried egg, and chili pepper paste. Once again, the dish can morph into what you want it to be in terms of ingredients. In fact, it’s not uncommon to see them vary depending on the region you’re in. Word on the street is that Tongyeong, Jeonju, and Jinju regions serve the best-mixed rice meals. In South Korea, don’t be amazed if you see someone eating a boiling hot dish in the middle of summer heat. The most representative one of these is samgyetang, a soup with chicken meat submerged in it. But it wouldn’t be South Korean without throwing a ton of spices in, so be prepared to burn what’s left of your taste buds.

If you believe vegetables have no place inside pancakes, this South Korean dish will change your mind. The secret lies in combining egg batter, green onions, rice flour, wheat flour, and seafood. Think about oysters, squid, clams, and shrimp, but as always, you are free to choose your own mix. Believe it or not, due to everything you’ll get inside, this easily counts as a main dish that will keep you full for hours on end.

Be Careful In Public Places

A lot of times, the local South Korean restaurants will offer free Wi-Fi to entertain their guests. But before you connect to one, there are a couple of things you should know. For starters, anyone with even the most basic knowledge can intercept anything you send through such a network due to its public nature. Therefore, it’s not safe for exchanging sensitive information that’s often part of the process when shopping online or doing online banking.
But the good news is that you don’t have to cut them out of the equation entirely. Instead, make sure your VPN for Chrome or 크롬 VPN is enabled before using free Wi-Fi to browse online. This way, anything you send or receive to your device will be placed inside an encrypted tunnel, thus making it impossible to intercept.

South Korea is one of those must-visit destinations, so be sure to put it on your travel bucket list. As soon as borders reopen once again, you’ll be able to treat yourself to a nice holiday, taking in everything the country has to offer.